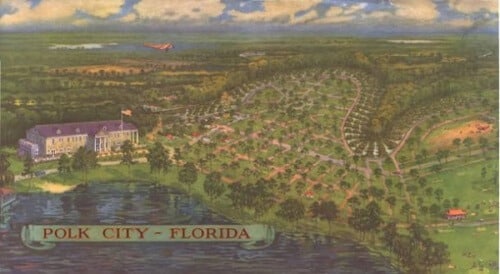 If you’re looking to climb in a time machine while in Polk County consider visiting Polk City. 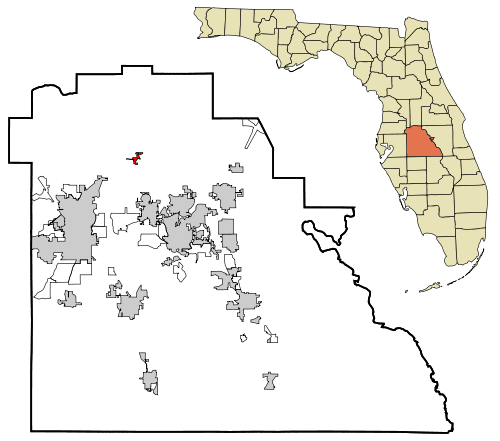 When you’re in Polk City you can switch between walking, riding a bike, or driving your car.

Start your day at the Fantasy of Flight. It is a beautiful aviation museum that shows you Early Flight, WWI & World War II with a sensory sight & sound immersion experience.

Then you can hop over to the Van Fleet Trail named after General James A. Van Fleet, who was a distinguished combat commander in both World Wars and the Korean War. This is a Florida State Park and has a little less than a 30-mile abandoned portion. The entire trail is about 12 feet wide and is mostly flat and straight, except for a small curve towards the end of the southern part of the trail.

If you’re driving, you don’t have to worry about gas because there are at least two gas stations that you could stop at on either side of the city. There’s one Sunoco Gas Station & one Circle K Gas Station.

When you get hungry, stop at Hungry Howie’s Pizza, Polk City BBQ, The Purple Pit Stop, or Country Angels to fill up before going on your next adventure! (And for picky eaters – there’s also a Domino’s!)

All of these places are located in the heart of the city and right next to them is the Polk City Elementary School. Across the street, you can find the local fire station and a little more south is the beginning of the famous Van Fleet Trail. 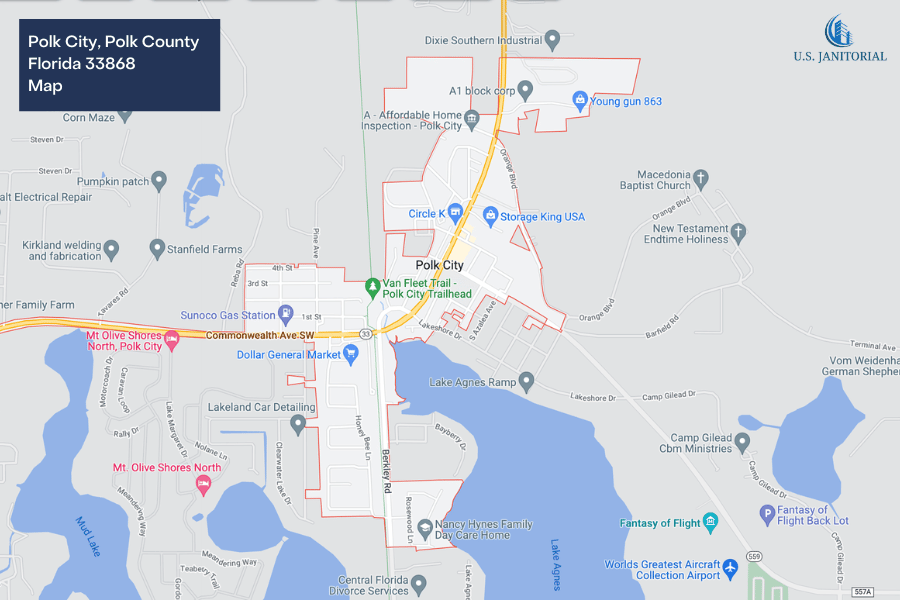 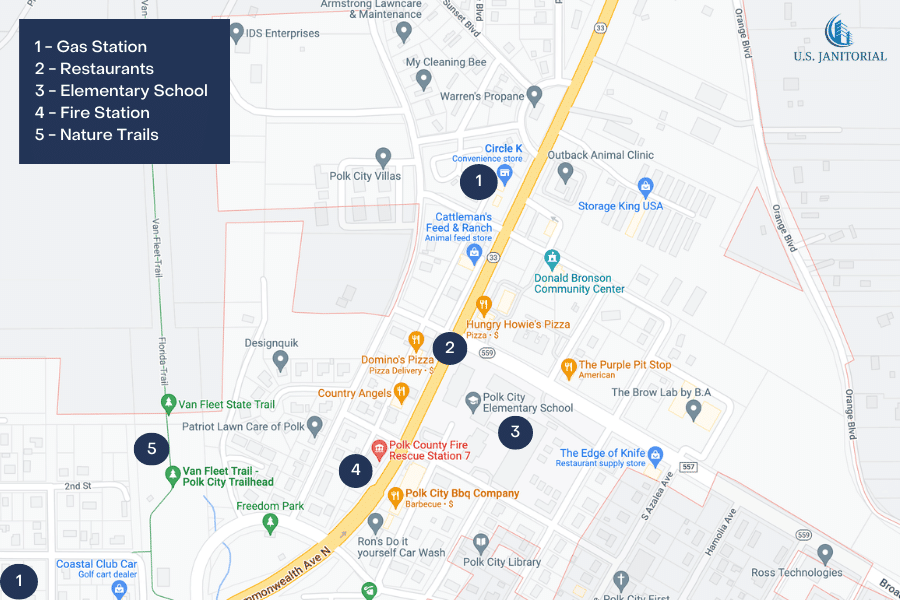 To best plan for your trip you should know that the hottest month in Polk City is in July/August with an average high of 94 degrees and a low of 72. The coldest month is during the month of January with a high of 74 & low of 49. You can expect the rainiest days to be during the summer months June-Sept.

When you start at the Fantasy of Flight you can then take a 30-minute drive North to the beginning of the Van Fleet Trail.

If you’re leaving from the Circle K gas station you have to Take FL-33 S/Commonwealth Ave N and Old Polk City Rd to Tom Costine Rd for about 9 miles. Continue on Tom Costine Rd to W Socrum Loop Rd for 3.5 miles. Keep driving on W Socrum Loop Rd. Take US-98 N to Hamlin Dr for 2 miles. Finally, drive to Lehall Square S, turn right onto Hamlin Dr, turn right onto Lehall Square S and U.S. Janitorial Services of Florida will be on your right.

Didn’t see your location, service, or industry? We tried to minimize our site so it would be easier to use. We offer a variety of services all across Florida.

Fill out the form below, and we will be in touch shortly.